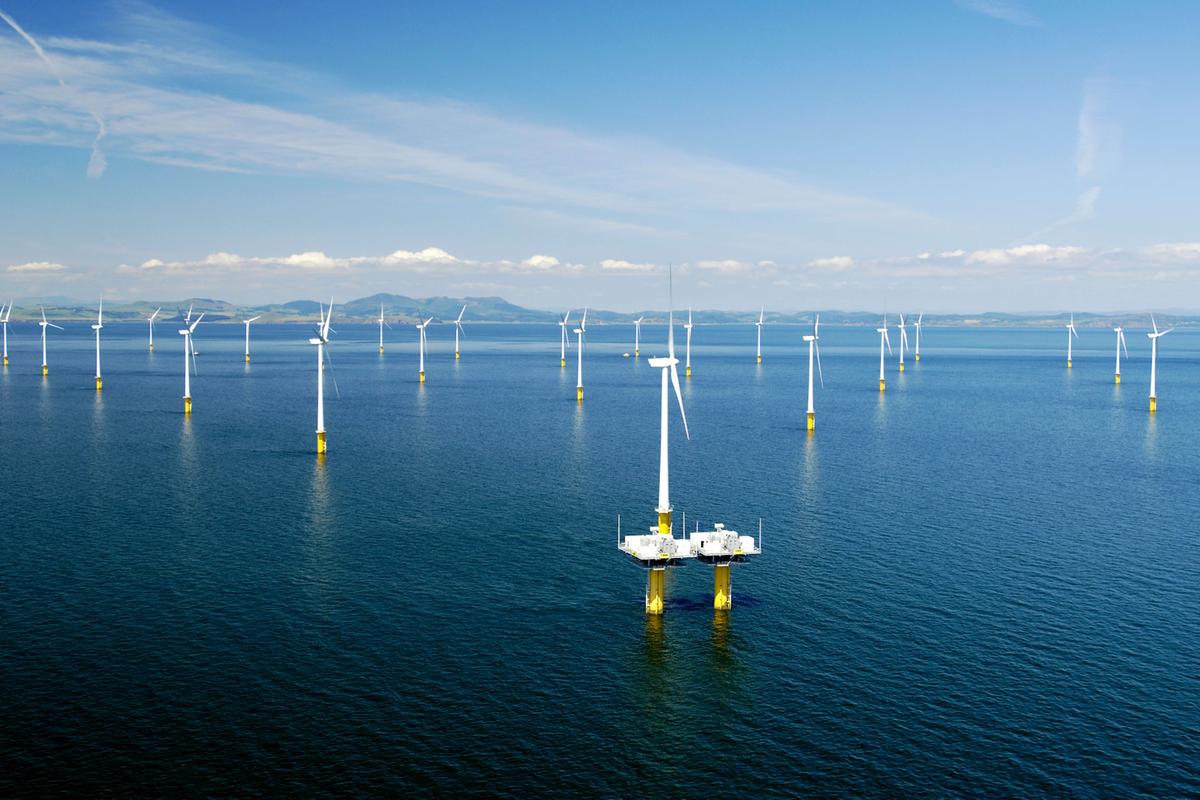 On 27th June 2019, the UK became the first major economy to pass a net zero emissions law, with a target to bring all greenhouse emissions to net zero by 2050.

Scotland has shown its commitment to tackling climate change and is already producing the equivalent of 90% of its electricity from renewable sources. By 2030 it has pledged to generate 50% of the country’s overall energy consumption from renewable sources and to almost decarbonise its entire energy system by 2050.

Nick Sharpe, Director of Communications and Strategy at Scottish Renewables discusses the work of Scotland’s renewable energy sector and how it is becoming a role model for countries across the globe.

Nick Sharpe, Director of Communications and Strategy at Scottish Renewables.

An overview of Scottish Renewables

Scottish Renewables is the trade body for the renewable energy sector, which employs around 17,700 people, and represents approximately 260 organisations. It is also responsible for representing the industry to government to try and effect change in the policies.

Knowledge sharing is key for our industry, so we spend a significant time and effort hosting or attending events. We run around 10 keynote conferences throughout the year as well as seminars and networking receptions. In addition to this we are regularly invited to speak at national and international energy, climate and environment events to discuss our work.

Scottish Renewables also runs two annual awards ceremonies that recognise organisations and individuals for their work in the sector.

Whilst we’re progressing well with renewable energy in Scotland there are a number of areas of focus for us in the immediate future. The next big challenge in Scotland is to decarbonise heat, which equates to half of the energy used in Scotland. There are still more than 14,000 homes in Scotland using coal as their main form of heating and these need to be switched to a renewable energy source.

Like many other sectors, recruiting skilled workers is a huge challenge. The energy sector is heavily dominated by male engineers and because of this it can be incredibly difficult to make this an attractive career for women. We have been working on a communications campaign at Scottish Renewables, which dispels the myth that engineering is a male line of work in the hope that we can make the sector more diverse.

In order to meet net-zero we know we need to dramatically reduce the amount of oil and gas we use. Scotland is in a period of significant transition as it moves to renewable sources. Currently there are people working in the oil and gas sector who are in careers that aren't compatible with our net zero goals, therefore Scottish Renewables is involved in a project through the Energy Skills Alliance, where we are undertaking some research into the skills currently available and what the sector needs in order to retrain and redeploy this workforce.

A tide of change

Attitudes towards renewable energies over the past few years have changed, becoming increasingly positive and it will only continue to improve.

The UK Government’s own figures show that approval for all forms of renewable energy is very high – around 75% - and those numbers are reflected in polling Scottish Renewables has carried out in rural Scotland, too.

Also, tidal energy has become increasingly popular in recent years, and Scotland is a world-leader in this field. Whilst it is very popular and will benefit remote communities wanting to generate their own energy, it can be expensive so we’re working with organisations that looking at how best to commercialise tidal energy and bring it to market at a competitive cost.

Community involvement is really important for the developers in Scottish Renewables membership: sometimes it can be difficult for communities to see the benefits of projects, but we’ve seen that the more residents are consulted and involved, the more they embrace it.

One way for communities to get involved with renewable energy projects is through community benefit funds, set up voluntarily by developers and typically paying £5,000 per MW – that’s about £12,000 per year for an average wind turbine – to local causes. To date there are around 300 funds of this type in operation, with a total of £22,105,392 paid to communities over the past 12 months, which is a fantastic income for them. Local Energy Scotland has an interactive map on its website where you can view each project and see what the community is spending its money on.

COP26 is an enormous opportunity for Scotland to talk about what it does well and its successes within the renewable energy sector.

We’re seeing investments in projects like marine energy which are driving an economic boom in Scotland. For every £1 of public money that has been invested into wave and tidal energy development, £7 of private money has also been invested.

The challenge is educating those outside of the renewable energies bubble on the importance of COP26. To celebrate this world-class event coming to Scotland, we have launched our ‘Year of COP’ campaign, which will feature a variety of activity to reach not just those in the sector but wider audiences.

What’s next for Scotland?

If the UK is to meet its net zero goal by 2050, collectively we need to quadruple the amount of renewable electricity capacity available. It is going to be a very labour-intensive process; for example, we will need to visit millions of UK homes to switch out high carbon heating for renewable alternatives.

I also think we will see an uptake in more local renewable energy projects. We're already doing great stuff in micro systems and micro grids and that will only increase. Scotland already has people from all over the world visiting to learn about these kinds of micro systems and how they can be recreated in their own countries.

There are a lot of changes afoot for the sector and many that will help position Scotland as a world-leader in renewable energy.

To read more about the work of Scottish Renewables visit - scottishrenewables.com