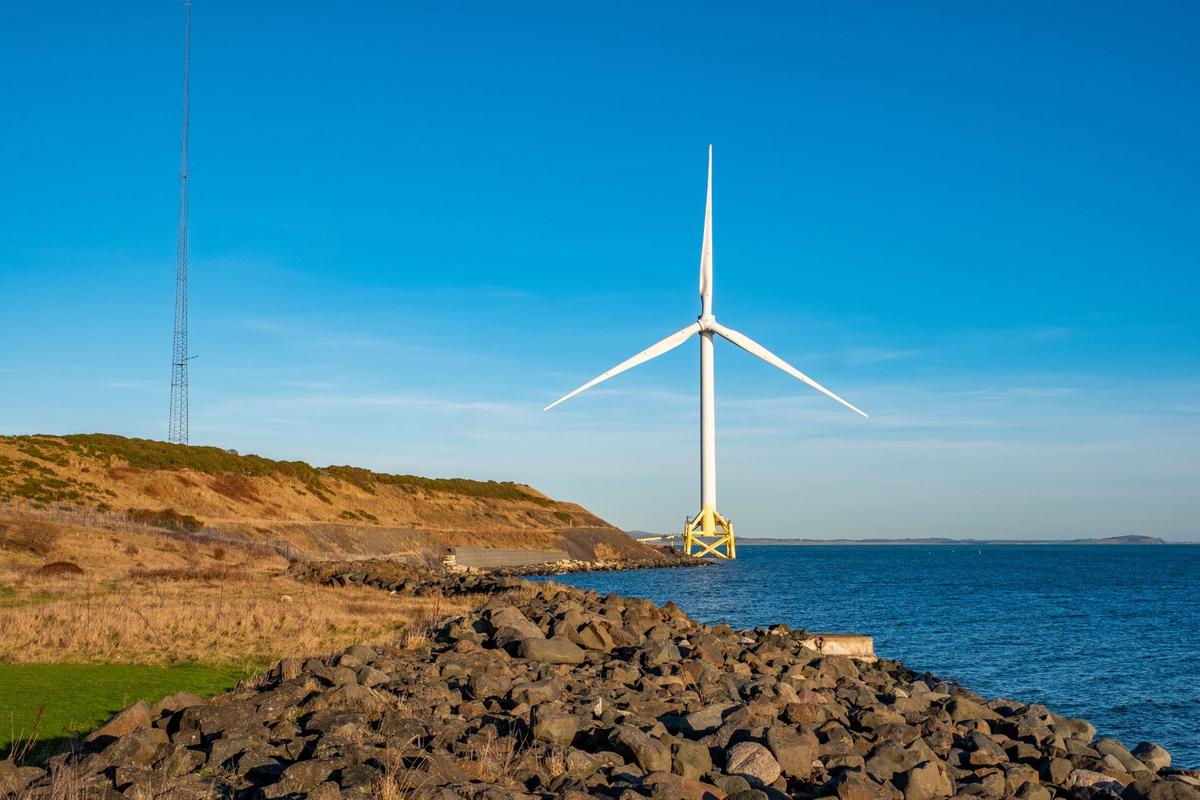 We can cut out more than a third of greenhouse gas emissions by using greener alternatives to heat our homes. That's why at SGN we're preparing our network for green low carbon gasses by 2045, helping to deliver the UK's net zero target by 2050.

All year round, our teams are working behind the scenes, and out on the streets, to keep you safe and gas flowing to homes and businesses across Scotland. Our customers value their gas connections highly. Being able to turn up their heating instantly as and when they need it, is hugely important and we can't underestimate the reliance and necessity of heating for those in vulnerable circumstances.

Changing the gas supplied through our network to a green gas like hydrogen, would allow people to keep their gas connections, while taking a huge step forward towards net zero and enable us to utilise the world class infrastructure, which is under our feet and already reaching millions of people.

Hydrogen is a clean alternative to fossil fuels from which we can harness energy. It has a wide range of applications across key sectors, including heat, power and transport. Green hydrogen gas can be created using clean energy generators such as wind power, meaning there are no harmful carbon emissions involved.

For Scotland, which is blessed with an abundance of renewable energy, this gives hydrogen gas the potential to be the most effective, scalable way of providing heating while fighting climate change. It can also make the most of our existing natural gas infrastructure, making the transition to net zero faster and more affordable.

Hydrogen gas has the potential to provide green energy to millions of homes and businesses, power our heavy industry and transport sectors, and create up to 100,000 skilled jobs.

With a series of hydrogen industry projects and demonstrations underway, this decade will be critical for providing policymakers with the evidence they need on costs, safety, technical viability and consumer acceptance to determine whether to accelerate and roll out hydrogen gas in the next decade.

One of those critical projects is a world-first, taking place in Levenmouth, Fife on the east coast of Scotland. The town has a rich history in energy and was once home to one of the country's largest collieries and a major player in coal export. Decades later, we're retaining the energy heritage of this area, and developing the site for our H100 Fife project.

Levenmouth in Fife. The 7MW ORE Catapult wind turbine in the background will produce renewable electricity for H100 Fife. ©SGN

H100 Fife is part of the UK Government's Department for Business, Energy & Industrial Strategy (BEIS) evidence base for hydrogen and will deliver a hydrogen gas neighbourhood in 2024. It aims to be the first green hydrogen-to-homes zero carbon network anywhere in the world, showcasing Scotland and the UK's low carbon future. In its first phase, H100 Fife will bring 100 per cent green hydrogen gas to up to 300 homes.

We explored various places in Scotland for the ideal location for H100 Fife and chose Levenmouth because of its history as a community deeply rooted by energy but, also because of its characteristics, which make it a prime location for a hydrogen demonstration. These include its access to offshore wind, an existing natural gas network and an energy park where we can produce the green hydrogen we'll need.

A 7MW wind turbine, which is already up and running in the energy park, will supply the renewable electricity we need for the project. There will also be a backup connection to the electricity grid. The turbine will feed a 5MW alkaline electrolyser, purchased from Norwegian hydrogen experts Nel, which can deliver up to 2,093kg of green hydrogen per day.

It'll use a process called electrolysis to produce hydrogen by splitting water (H2O) into hydrogen and oxygen. Using electricity from a renewable source to do this, like the wind we're using from the turbine, results in zero carbon emissions. Hydrogen produced in this way is called green hydrogen.

We'll safely store the hydrogen in six purpose-built tanks, which can hold enough to ensure supply won't be disrupted during even the coldest weather conditions.

Diagram showing the end-to-end system being planned for the H100 Fife project - 100% green hydrogen, produced by electrolysis using green electricity from an offshore wind turbine, will be stored and transported to provide zero carbon heating for the project. ©SGN

We've been maintaining the gas network and providing the gas emergency service in Scotland for decades. So, safety is our number one priority and at the heart of everything we do. Lots of work has been conducted by the gas networks, wider industry and experts across the UK and the world to show that hydrogen gas is a suitable replacement for natural gas.

This includes research and testing to understand how it behaves and how it can be used safely. We're working to ensure hydrogen is delivered and can be used at least as safely as natural gas and are liaising with the Health and Safety Executive. In fact, hydrogen gas has additional safety benefits over natural gas because there are no carbon monoxide emissions associated with green hydrogen.

Recruiting participants for our project

We are inviting our gas customers who reside in Levenmouth in the Buckhaven and Denbeath areas to take part in our project, where we aim to supply 300 customers with hydrogen gas. H100 Fife participants will be connected to our new hydrogen gas network from 2024, with the first phase of the project planned to run until 2027. This network will be built alongside our existing natural gas network, giving those in the catchment area the choice to opt in for a hydrogen supply or remain with their natural gas supply.

We'll replace their boiler, meter and any other gas appliances with brand new hydrogen alternatives. These work just the same as their natural equivalents, but don't emit any carbon.

We want our H100 Fife participants to see first-hand the minimum changes that will be made to their homes for the project. That's why we're working to create multiple opportunities to bring hydrogen in the home to life through interactive experiences, including a hydrogen demonstration facility planned for the energy park. Importantly for participants, most of the existing heating system inside homes, such as radiators , do not need to be changed. Hydrogen boilers also take up the same amount of space as traditional boilers and have been tested to the same high safety standards.

We recently hosted our first open events for the project. Local residents and the wider community met with us at Buckhaven Community Education Centre to find out more about getting involved. ©SGN

So that the participants can concentrate on using their new hydrogen gas supplies and not have to worry about anything else, we'll maintain all of the new hydrogen heating systems, including boilers, cookers, and other appliances for free. This will be for the entire duration of the project.

We'll also ensure that they won't pay any extra for their hydrogen gas supply compared to their regular tariff and be able to change their gas supplier, just as they can do now. SGN will be on hand to ensure the participants of H100 Fife are supported throughout the project.

H100 Fife is the first of its kind to employ a direct supply of clean power to produce hydrogen for domestic heating, putting Fife at the forefront of the clean energy revolution and will provide evidence to help inform future low-carbon policy decisions and a clear path towards net zero heating for Scotland and the UK.

Use images and videos to support you build your proposal or to help you advocate Scotland as your next destination for your business event.

An insight into Scotland's Fintech Sector