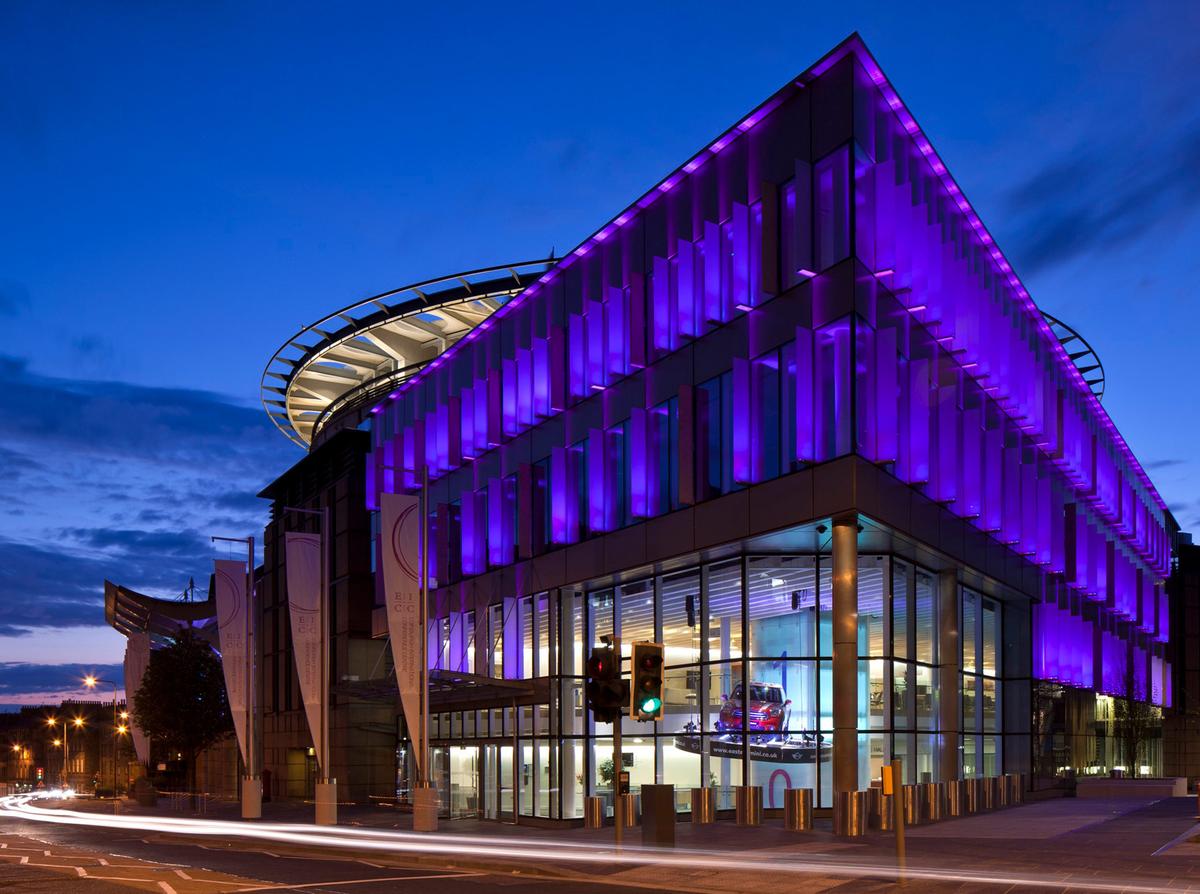 Across the world and in all walks of life there is an increasing awareness of the impact our activities have on the world around us, and how fragile the ecosystems we all rely on really are.

Our industry involves bringing people together, often from far flung destinations involving travel by plane and train. We know that meeting face-to-face provides the greatest opportunities to create connections, share knowledge and ultimately overcome the challenges we face - we must recognise the impact this has on the planet and be transparent about these negative inherent impacts - from single use plastics on individually wrapped bars of soap, to carbon emissions from air travel.

As an industry, we have always been  passionate about the positive change that can be achieved through the power of meetings and events -  and we're confident that we can also act now by making positive environmental changes and contributions every time we meet.

The team at the EICC in Edinburgh has embraced the need to operate more sustainably with a dedicated Sustainability Programme Manager recently having been appointment with the remit to examine and implement strategies to help the EICC move towards a sustainable future. Opened in 1995, the EICC has since played host to over 1.5 million delegates and over 3,500 events.

Left to right in photo are Seonaid Mason of RSPB, and Marshall Dallas and Aaron McKeen of the EICC. © Stewart Attwood

Recognising the need to take action to help fight the erosion of natural environments and important carbon sinks, in June 2022 the EICC announced a new long-term partnership with RSPB Scotland, to support peatland restoration in Scotland.

More than 20 per cent of Scotland is covered by peat. A large proportion of the country’s water filters through the peatlands, water which gives some whiskies their distinctive flavour. Importantly, peatlands hold most of Scotland’s carbon store, as well as being unique habitats for a wide variety of flowers, plants, and wildlife. Sadly, it is estimated that around 80 per cent of the peatlands are in a degraded state.

The EICC has announced a long-term partnership with RSPB Scotland, part of the RSPB, the UK’s largest nature conservation charity, to support peatland restoration in Scotland.  The initial five-year partnership will see £1 for every conference delegate, and 50p for every dinner guest attendee, go to RSPB Scotland. The EICC hopes that the initiative could contribute up to £300,000 during its first five years.

The partnership is part of the EICC’s commitment to mitigate the operational impact associated with holding large scale events at the venue.

Marshall Dallas, EICC CEO, said: “The climate crisis is something every organisation and business leader needs to address, and working towards the highest standards of sustainability in the industry is something we have been focused on for the last few years.  It matters deeply to us, to our clients who choose to bring their conferences and events to Edinburgh, and to the attendees of those events.

“People, including many of our delegates, come to Scotland from across the world to experience the natural environment, so it’s important for us to positively contribute. Last year we hosted TED’s global Countdown Summit, which drove home how pressing environmental concerns are, and we’re really pleased to announce the partnership with RSPB Scotland today, following months of talks about getting the initiative right for everyone concerned.”

Anne McCall, Director, RSPB Scotland, said: “The partnership with the EICC is an important one in many ways, and we thank them for their commitment to support the restoration push over the years ahead. Although most peatlands are located in the Highlands and Islands, people are often surprised at the proximity of some peatland locations to our cities and towns. Peatlands provide a unique habitat for wildlife, and play an essential role in farming, crofting, and tourism”

Aaron McKeen, the EICC’s Sustainability Programme Manager, added: “The plan is for this initiative to make a real positive impact, for projects including habitat restoration, and the funding will be ring-fenced along these lines. Going forward, we will also be working with RSPB Scotland on joint marketing activities, volunteering, and other awareness-raising events so we can make as much of an impression as possible around what is such a pressing issue for Scotland and its future generations.”

The investment into peatland restoration, and the commitment from the EICC to pay forward £1 per delegate are inspiring and showcase what can be done when people recognise the reality of the climate crisis and act in their networks and organisations to make a difference. While travel remains something our industry relies on, initiatives like this can help mitigate its negative impacts while making genuine progress towards repairing our habitats, reducing carbon emissions, and eventually sequestering carbon beneath Scotland’s inspiring wetlands for generations to come.

In Scotland we believe business events can be a catalyst for social and economic change. When we meet face-to-face, we see eye-to-eye, and together we can come together to solve the most intractable problems. Not only is Scotland the perfect destination to begin these important journeys of change and transformation, now meeting in Scotland can directly help restore vital natural habitats and capture more carbon.

To find out more about EICC visit - eicc.co.uk