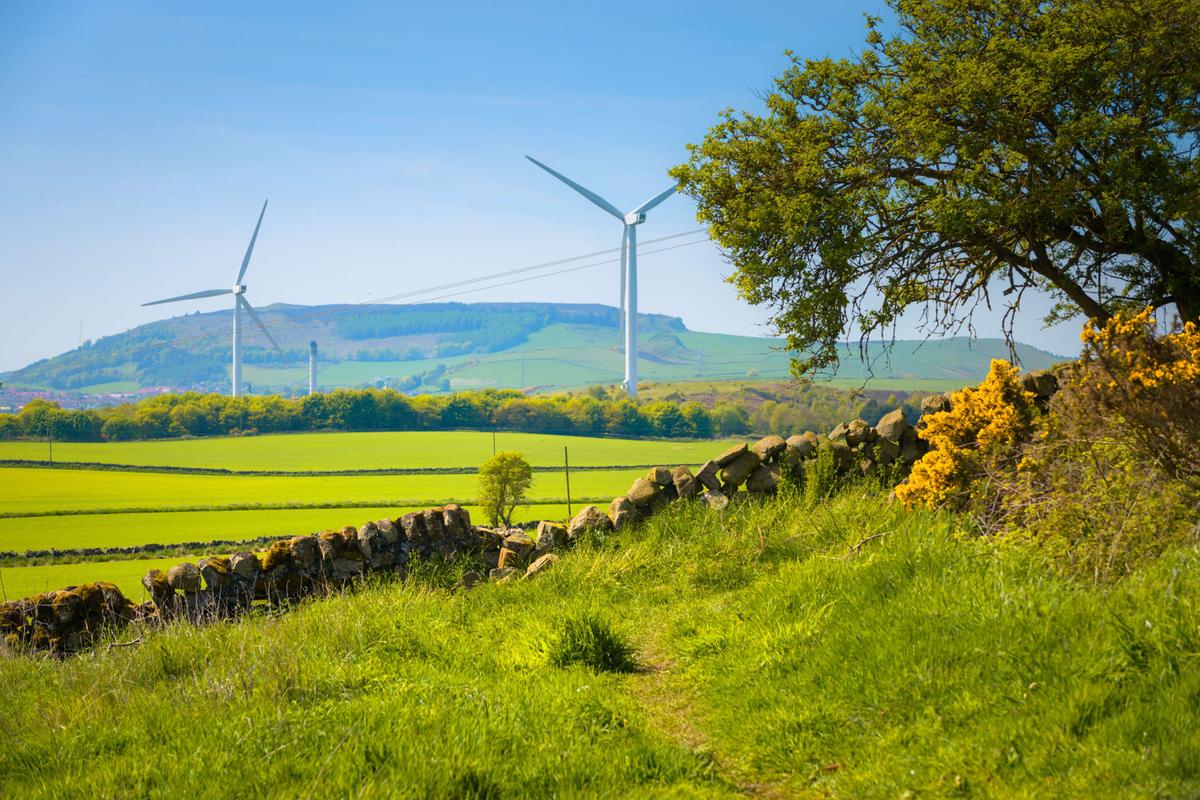 In December 2020, the Scottish government published its Hydrogen Policy Statement and announced the sector will receive £100 million of investment over the next five years to support a green recovery and the country’s ambitions to bring all greenhouse emissions to net zero by 2050. It is the first country in the UK to set out such guidelines.

Scotland is set to become a leading hydrogen nation and has set a goal to generate 5GW of renewable and low-carbon hydrogen by 2030, which will be enough to power the equivalent of 1.8 million homes. The industry has the potential to be worth up to £25bn a year to the Scottish economy by 2045.

We take a look at the country’s pioneering projects and the exciting developments taking place which will support Scotland in achieving its net zero goals.

What is green hydrogen?

Green hydrogen is a zero-carbon technology made using electricity from renewable energy sources via electrolysation, which splits water into hydrogen and oxygen. The by-products of this are water and oxygen - meaning zero carbon emissions.

It can be used by industries and companies that cannot fully electrify their operations to help them lower their emissions, including transport such as buses and bin lorries.

Scotland is known for its pioneering spirit and innovation and it is home to some world-leading and world-first green hydrogen products.

Scotland is also home to the one of the world’s largest quantity of hydrogen-powered vehicles including buses, trains and refuse trucks.

Last year, the city of Glasgow was awarded £6.3m in UK government funding to purchase 19 hydrogen-powered refuse trucks and to build a green refuelling station. This investment will mean that Glasgow will be home to the world’s largest fleet of hydrogen refuse vehicles and will help to achieve its goal of becoming the first net-zero city in the UK by 2030.

As part of the Green Hydrogen for Scotland partnership, ScottishPower has submitted a planning application to build a green hydrogen facility close to the UK’s largest onshore windfarm in Whitlee, Glasgow.

Under the plans, submitted in April 2021, the facility will be the first project for Green Hydrogen for Glasgow and is designed to provide carbon-free transport and clean air for communities across the city as well as helping support industrial hydrogen demand in the region. The project aims to supply hydrogen to the commercial market before 2023.

In March 2021, specialist hydrogen and fuel cell system business, Arcola Energy, announced it will be transforming a former tyre factory site into a world-leading sustainable transport hub after receiving a £1.5m grant from Scottish Enterprise.

The new hub, which will be built at the Michelin Scotland Innovation Parc, will support the Scottish hydrogen train project and product development for adapting heavy-duty vehicles and transport applications to zero-emission, hydrogen-powered solutions. The Dundee site will create more than 130 jobs.

The archipelago of Orkney, located off the north-eastern coast of Scotland, has been home to world-leading renewable energy innovations for more than 60 years.

Orkney is well known for its advanced marine energy test site as well as its ground-breaking wind test sites, some of which have been in place since the 1950s. It is now making developments in the green hydrogen energy sector.

In October 2020, it was announced that the world’s first hydrogen-fuelled ferry would undergo testing at the European Marine Energy Centre (EMEC) in Orkney. The HyDIME (Hydrogen Diesel Injection in a Marine Environment) programme is a 12-month project funded by Innovate UK which will test using green-hydrogen as a form of fuel for a commercial ferry operating between Shapinsay and Kirkwall in Orkney. The hydrogen for the HyDIME project will be produced from excess wind and tidal power generated in Orkney.

As part of the project, the HyDIME team will conduct a scale-up analysis, which will look at how much hydrogen and renewable energy would be required to fuel the Shapinsay ferry as well as a fleet of hydrogen vehicles in Orkney and whether this project can be replicated across Scotland and the UK.

In addition to HyDIME, there are plans for the world’s first continuous green hydrogen production plant on the island of Eday in Orkney. The plant, developed by the EMEC, will use a combination of tidal power and flow batteries to power the plant and demonstrate continuous hydrogen production from variable renewable generation.

Aberdeen is one of Europe’s pioneering hydrogen cities with many exciting projects in the pipeline.

In 2015, the city council published the Aberdeen Hydrogen Strategy which outlines its key actions and commitments over 10 years to ensure it is a world class energy hub leading a low carbon economy and is at the forefront of hydrogen technology.

The city has developed a cluster of hydrogen activity with two publicly accessible hydrogen refuelling stations and one of the largest and most varied fleets of hydrogen vehicles in Europe including buses, cars, vans, road sweepers and waste trucks.

In January, the world’s first fleet of double decker hydrogen-powered buses officially went into service in Aberdeen. The zero-emission buses, which save one kilogram of CO2 per kilometre, are part of the wider H2 Aberdeen project led by Aberdeen City Council.

H2 Aberdeen is an initiative working to bring a hydrogen economy to the city, with the overall aim to position it as a centre of excellence for hydrogen technology by utilising the transferable oil and gas expertise and the exceptional capacity for renewable energy generation in North East Scotland.

The University of St Andrews is benefitting from a £300,000 investment from the Scottish government to establish a new hydrogen accelerator initiative.

The programme will draw on the university’s expertise, as well as partnerships with institutions across Scotland, and will help propel innovations in hydrogen technology, encourage knowledge-sharing and to help maximise the economic opportunities from the shift to zero or ultra-low emission mobility solutions.

To find out more about Scotland’s hydrogen sector and key developments visit - www.gov.scot/publications/scottish-hydrogen-assessment-report

An insight into Scotland's world of data analytics

A driving force for change