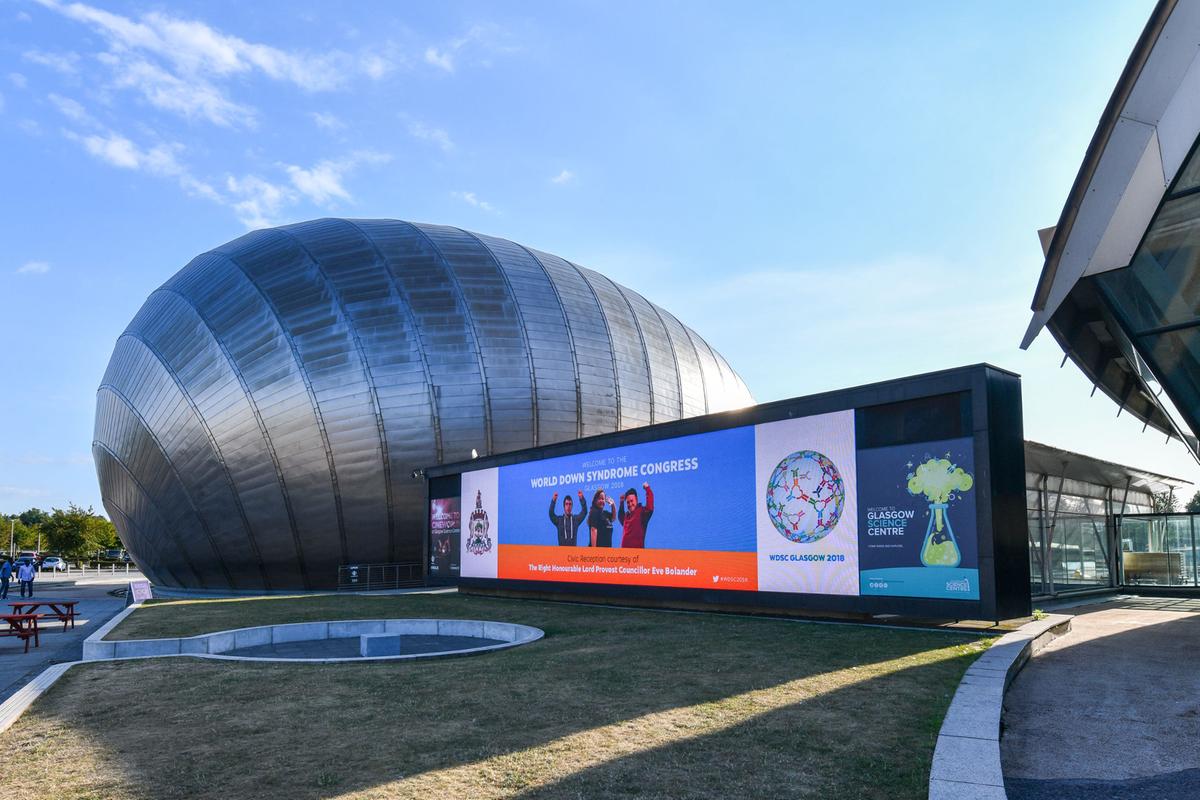 In 2018 Glasgow’s SEC hosted the World Down Syndrome Congress - the first time in 32 years that the event had been held in the UK. The three-day event welcomed more than 1,000 delegates from across the globe and brought together professionals and researchers from health and social care, education, employment and human rights sectors with people with Down’s Syndrome and their families.

In preparation for the event, Glasgow Convention Bureau worked with partners to hold a number of training sessions aimed at raising awareness of Down's Syndrome and educating people across the conference industry to ensure all delegates received a warm welcome.

Aileen Crawford, Head of Conventions at Glasgow Convention Bureau, discusses how the city ensured delegates felt welcome and how other destinations can use events to create a lasting legacy.

From the start of the bidding in 2013, Down’s Syndrome Scotland (DSS) and Glasgow Convention Bureau decided that people with Down’s Syndrome should be at the forefront of the bid and the conference. We welcomed three locals (Sam, Andrew and Stuart) on board to work with us and be the face of Glasgow’s bid.

Sam, Andrew and Stuart were appointed as the local leads for DSS’s Commissioners programme. As commissioners they were the face of the bid and explained, on video, to the decision makers their hopes and desires for the World Congress. The document also included personal recommendations from the three leads on their favourite things to do in Glasgow and Scotland, which helped to bring the bid to life.

When Down’s Syndrome International (DSI) confirmed Glasgow as the host city, DSS implemented a Commissioner Programme to harness the enthusiasm, expertise and knowledge of Sam, Andrew and Stuart.

The goal was to encourage them to tell their story and to inspire other young people to be involved in the congress and to support DSI’s vision of ‘people with Down's Syndrome living healthy and meaningful lives in the community’.

The workshops were designed to educate the people of Glasgow and help to remove some of the stigmas surrounding the condition as well as providing a guarantee that all delegates received a warm and appropriate welcome when they arrived for the congress.

The workshops were delivered by members of the Commissioner Programme and tailored for front of house staff across the city including the SEC host venue, hotels, restaurants, Airport, taxi drivers and visitor attractions.

More than 300 people attended the workshops, which ensured that not only were the city’s tourism and hospitality businesses prepared for the congress but were better equipped to engage with Glaswegians and future visitors to the city who also have Down’s Syndrome.

In 2018, following the event in Glasgow, World Down Syndrome Congress was recognised as a leading example of excellence within the global meetings industry. DSI was selected by an independent panel of industry experts as a winner of the 2018 ICCA Incredible Impacts Programme and received a $7,500 grant towards future projects in recognition of its work with the commissioner programme and the People Make Glasgow Welcome training initiative.

Glasgow has been cited as one of the world’s friendliest cities. The People Make Glasgow Welcome initiative epitomises how ‘Team Glasgow’ supports and works with conference organisers to gain a fuller understanding of delegates’ needs. The educational sessions from World Down Syndrome Congress have left a lasting legacy, benefiting both Glaswegians and future visitors living with Down’s Syndrome and indeed with many other conditions.

The People Make Glasgow Welcome initiative was such a success for DSI it plans to continue its commissioner programme for future congresses, utilising its experience in Glasgow as a benchmark. It is a great example of how conferences have a much greater impact than just the economic benefit from delegate spend.

Glasgow was the first conference city in the world to create such a bespoke educational programme for conference delegates, working with the association itself and industry partners.

Working directly with the conference organisers helped us to clearly understand the needs of delegates and ensure we made their time in Glasgow as easy as possible.

We had overwhelmingly positive feedback from the delegates and our industry, which led Glasgow us to develop and launch our conference legacy programme, People Make Glasgow Healthier in 2019. The campaign focused on delivering public health messages to the citizens of Glasgow aligned to the conference themes, such as obesity, liver health and stopping smoking that took place in the city throughout the year.

To find out more about Glasgow Convention Bureau visit - glasgowconventionbureau.com

An interview with Zakia Moulaoui, Founder of  Invisible Cities

The COP Effect By Kathleen Warden

Treading The Path Towards Healthy Soil